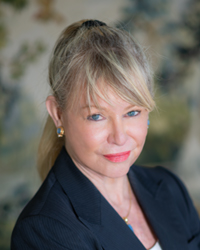 Ms. Russo has over 35 years of experience as an appellate lawyer. She began her practice concentrating in litigation and admiralty law at the firm of Smathers & Thompson, and then joined Daniels and Hicks, P.A., the first firm in Florida to specialize exclusively in appellate practice. Ms. Russo was a partner at Daniels and Hicks from 1985 through 1990, and then left to form her own firm now known as the Russo Appellate Firm, P.A. Ms. Russo has been admitted to practice before the United States Supreme Court, the Florida Supreme Court, the five Florida District Courts of Appeal, and the United States First, Fifth, Sixth, and Eleventh Circuit Courts of Appeals.

We Are Available For counsel

Skip footer and go back to main navigation