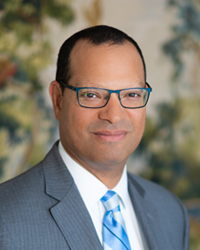 Paulo began his legal career in 2005 as a litigation associate in the New York City office of an AmLaw 100 law firm. During his 10 years at “BigLaw,” he represented primarily defendants in state and federal courts in a broad range of civil litigation that included products liability, securities, and general commercial cases. In 2009, Paulo came back home to Florida, transferring to the firm’s Miami office, where he continued to work on the same types of cases and began to take an interest in appellate work. While there, Paulo briefed cases to the U.S. Courts of Appeals for the Second and Eleventh Circuits.

Paulo joined the Russo Appellate Firm, P.A. in 2017, where he has concentrated his practice entirely on appeals and litigation support. Paulo represents both plaintiffs and defendants. His plaintiff’s practice focuses on serious personal injury cases. He regularly represents seamen and passengers who have been injured aboard cruise ships in a variety of forums including arbitration, the U.S. District Courts, and the U.S. Court of Appeals for the Eleventh Circuit. On the defense side, Paulo regularly represents insurance companies in property and automobile liability cases.

Before law school, Paulo worked for eight years as a reporter for two large daily newspapers in Florida and New Jersey.

The son of Brazilian immigrants, Paulo is fluent in Portuguese and proficient in Spanish. When he is not in the office, Paulo enjoys spending time outdoors in South Florida with his wife and their two young sons.